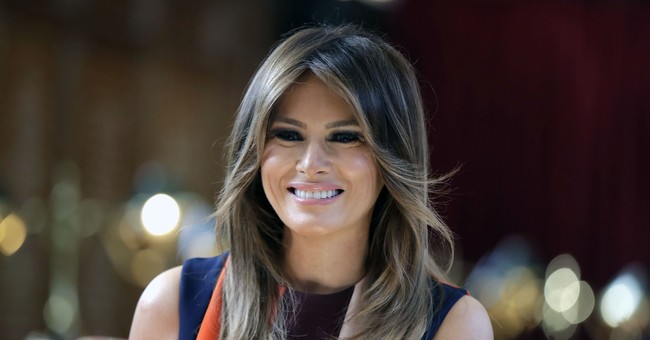 First Lady Melania Trump spent the day down in Lynchburg, Virginia and gave a speech about the opioid crisis at Liberty University. She was met by a roaring crowd of supportive students and given a standing ovation.

Standing ovation at @LibertyU as @FLOTUS takes the stage to talk about the dangers of opioid abuse. Thank you to the thousands of students who are in attendance today! Cc: @ericbolling pic.twitter.com/kAKqviCHMD

During her speech, Mrs. Trump called the opioid epidemic the worst drug crisis in American history.

At a Town Hall at Liberty University, @FLOTUS said opioid addiction is a disease. She called for "removing the stigma of shame" for addiction, and urged those who need help to "be brave enough" to ask for it. pic.twitter.com/sKbhJiziSA

After her remarks, Mrs. Trump was interviewed by CRTV Host Eric Bolling. You can watch her remarks and the question & answer session below.

Recommended
Stupid Biden and Co Are Dragging Us Toward War