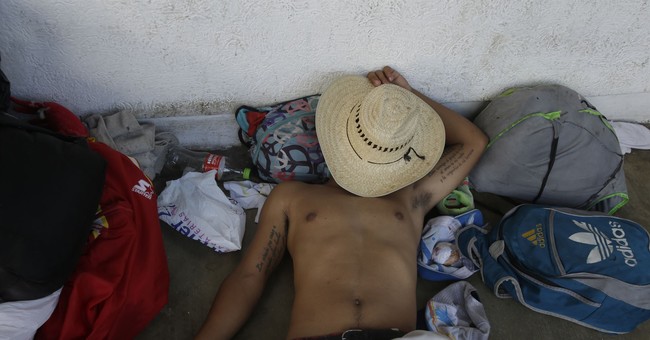 Yesterday President Trump officially announced he is proceeding with foreign aid cuts to governments that have failed to stop the illegal, 7000 person strong "caravan" from moving north to the United States.

Guatemala, Honduras and El Salvador were not able to do the job of stopping people from leaving their country and coming illegally to the U.S. We will now begin cutting off, or substantially reducing, the massive foreign aid routinely given to them.

Now, a new poll shows the majority want the caravan stopped if it reaches the U.S. southern border with Mexico.

Voters agree with President Trump’s efforts to stop the horde of Hondurans marching through Mexico from entering the United States illegally.

The latest Rasmussen Reports national telephone and online survey finds that 51% of Likely U.S. Voters believe the U.S. government should stop all the Hondurans headed this way from entering the country. Thirty-eight percent (38%) disagree and say the government should allow them to enter temporarily until each of their cases can be individually reviewed.

President Trump has vowed to stop the illegal invasion and is calling on Congress to change laws that enable the massive flow of unlawful immigration from Central America.