Another Illegal Alien Caravan is Headed for the U.S. and President Trump Just Issued Them a Warning 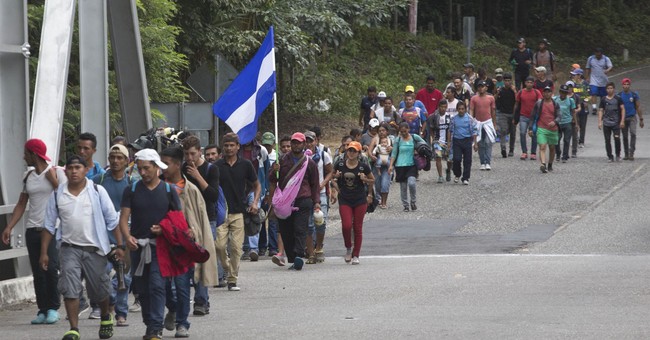 Another caravan of illegal aliens is on its way from Honduras to the United States. The participants plan to claim asylum, most illigitimately, at the southern border.

President Trump is watching the issue closely and is warning arrests and deportations will be made.

Anybody entering the United States illegally will be arrested and detained, prior to being sent back to their country!

President Trump also urged Republicans to make illegal immigration an issue on the campaign trail just three weeks before voters head to the polls for the 2018 midterm elections.

Republicans must make the horrendous, weak and outdated immigration laws, and the Border, a part of the Midterms!

Yesterday President Trump, backed up by Vice President Mike Pence, threatened to cut aid from Honduras if the government failed to stop the caravan from moving north.

The United States has strongly informed the President of Honduras that if the large Caravan of people heading to the U.S. is not stopped and brought back to Honduras, no more money or aid will be given to Honduras, effective immediately!

Spoke to President Hernandez of Honduras about the migrant caravan heading to the U.S. Delivered strong message from @POTUS: no more aid if caravan is not stopped. Told him U.S. will not tolerate this blatant disregard for our border & sovereignty. https://t.co/d0fOMcpoUi

During an interview with 60 Minutes over the weekend, President Trump reiterated consequences for illegally crossing into the United States, including child separation.