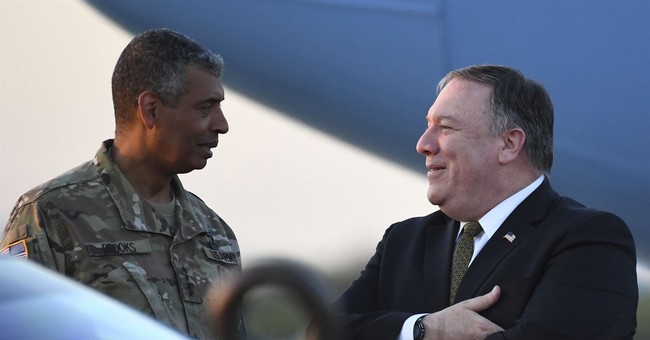 After his meeting with Kim, Pompeo made his way to South Korea to brief President Moon Jae-in.

“It was important that I come here tonight on my visit today. You all have been an incredibly important part of the success that we have all had to date, but what we all hope will be the denuclearization and the change in the relationship here on the peninsula. And then, two, I don’t have much to add,” Pompeo said. “I will certainly tell you in private about our conversation, but we had a good, productive conversation. As President Trump has said, there are many steps along the way and we took one of those today; it was another step forward. So this is, I think, a good outcome for all.”

Arrived in #Seoul to brief President @moonriver365 and FM Kang on my meetings in #DPRK with Chairman Kim. I look forward to working closely with our #ROK friends and allies to ensure progress on inter-Korean relations is in lockstep with progress on denuclearization. @StateDept pic.twitter.com/J2wpYvseIQ