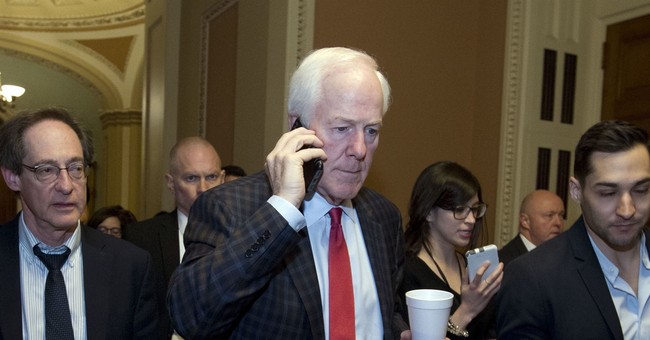 After hours of testimony from Christine Blasey Ford and Judge Brett Kavanaugh on Capitol Hill Thursday, Senate Majority Whip John Cornyn (R-TX) said Friday morning he believes the Supreme Court nominee will be voted out of the Senate Judiciary Committee and ultimately confirmed in bipartisan fashion.

"I'm optimistic. We've been in constant communication with all of my colleagues...I'm optimistic we'll confirm the judge," Cornyn said during an interview with Fox and Friends. "I'm hopeful that Senator Donnelly, Senator Manchin, Senator Heitkamp, all of whom voted for Neil Gorsuch, will see their way to vote for this nominee. I'm optimistic we'll have a bipartisan vote."

As Matt reported last night, Kavanaugh is likely to be confirmed not only by swing vote Republicans, but a number of Democrats as well.

As noted, the Committee will vote at 9:30 am ET. Republican Senators Flake, Murkowski and Collins have not publicly indicated if they are onboard.