An Illegal Alien Tried to Drown a Border Patrol Agent 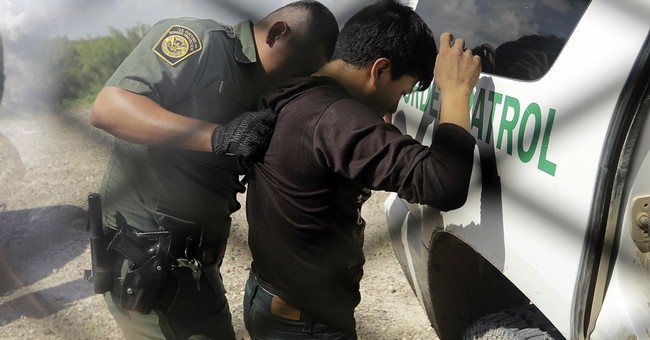 An illegal alien has been sent to federal prison after being convicted for attempting to drown a Border Patrol agent. The assault happened in 2017 when Edgar Garrido-Miranda was attempting to cross into the United States illegally.

"On Aug. 16, 2017, BP agents encountered a group of undocumented aliens near the Zacate Creek area in south Laredo. Garrido-Miranda was a member of that group. Law Enforcement attempted to arrest him, at which time Garrido-Miranda became combative," the Department of Justice released earlier this week. "During the struggle, Garrido-Miranda held one of the BP agents under water until a second agent came to his rescue...the court noted the BP agent's restraint in not resorting to deadly force under the circumstances."

U.S. District Judge Marina Garcia Marmolejo sentenced Garrido-Miranda to 60 months in federal prison for his actions and will face deportation when his time is completed. Judge Marmolejo warned Garrido-Miranda in the court room that his behavior could have led to him justifiably being shot.

"At the hearing, the court heard that this was not an accidental act on Garrido-Miranda's part. She sternly him warned him that things could have gone very wrong, including being shot," DOJ released.

Garrido-Miranda is from Ciudad Hidalgo in Mexico's Michoacan state.

Meanwhile, a Honduran man was arrested and charged earlier this month for assaulting Border Patrol agents in the same sector.