President Trump: Bruce Ohr is a Disgrace and I Might Take Away His Security Clearance 'Very Quickly' 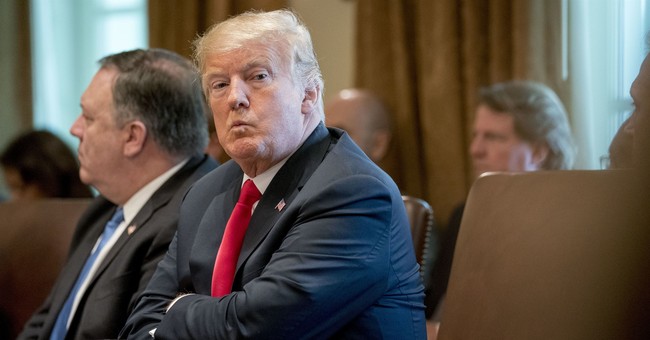 Speaking to reporters on the way to Marine One at the White House Friday morning, President Trump said he is prepared to strip demoted DOJ official Bruce Ohr of his security clearance.

"Bruce Ohr is a disgrace. I will be taking it away very quickly," Trump said, adding his wife also made him a disgrace.

Ohr used his position as associate deputy attorney general at the Obama Justice Department to go after Donald Trump's run for the White House. His wife, Nellie Ohr, worked at Fusion GPS and was hired specifically to go after Trump. Fusion GPS is the research firm that produced the unverified dossier compiled by British spy Christopher Steele and was used by the FBI to spy on the Trump campaign.

Ohr was demoted last year when his connection to Fusion GPS and the dossier was revealed.

A senior Justice Department official was demoted this week amid an ongoing investigation into his contacts with the opposition research firm responsible for the anti-Trump “dossier,” the department confirmed to Fox News.

Until Wednesday morning, Bruce G. Ohr held two titles at DOJ: associate deputy attorney general, a post that placed him four doors down from his boss, Deputy Attorney General Rod Rosenstein; and director of the Organized Crime Drug Enforcement Task Forces (OCDETF), a program described by the department as “the centerpiece of the attorney general’s drug strategy.”

Initially senior department officials could not provide the reason for Ohr’s demotion, but Fox News has learned that evidence collected by the House Permanent Select Committee on Intelligence (HPSCI), chaired by Rep. Devin Nunes, R-Calif., indicates that Ohr met during the 2016 campaign with Christopher Steele, the former British spy who authored the “dossier.”

During his remarks to the press, Trump also said he has "never liked" former CIA director John Brennan and has no regrets about stripping his security clearance earlier this week.

"I never respected him. I've never had a lot of respect," Trump said.