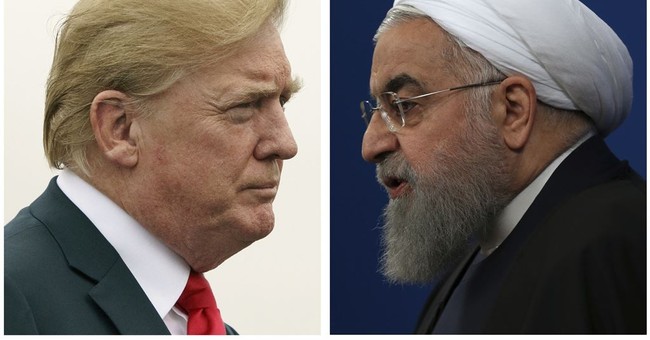 Speaking during a press conference with Italian Prime Minister Giuseppe Conte at the White House Monday afternoon, President Trump made officials of the Iranian regime an offer: a meeting without preconditions.

"I would certainly meet with Iran if they wanted to meet. I don’t know if they’re ready yet. They're having a hard time right now. But I ended the Iran Deal, it was a ridiculous deal. I do believe they will probably end up wanting to meet and I'm ready to meet at anytime they want to,” Trump said. "I don't do that from strength or from weakness. I think it's an appropriate thing to do. If we could work something out that's meaningful, not the waste of paper the other deal was, I would certainly be willing to meet."

.@POTUS to Iran: "They want to meet? I'll meet - any time they want...It's good for the country, good for them, good for us, and good for the world." https://t.co/fD6NHuNMvG pic.twitter.com/plUaUhL6J4

Meet with Trump or risk the death spiral of their economy & possibly the Islamic Republic. What will the supreme leader do? I’m guessing a meeting between Trump & Rouhani sometime soon.

Trump should demand to meet Khamenei. Rouhani is more irrelevant than ever. Trump-Khamenei 2019 Summit in Baku.