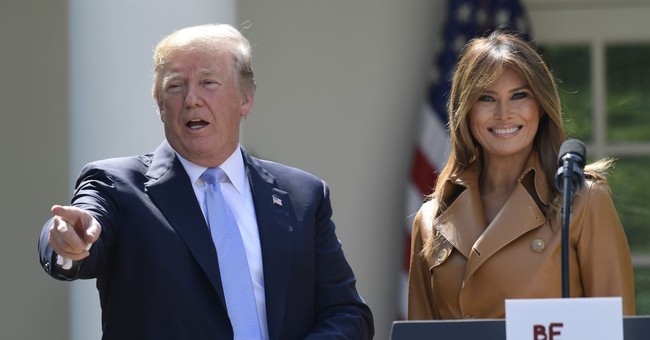 Independence Day is just around the corner and Americans everywhere will celebrate 242 years since the founding of the United States.

President Trump and First Lady Melania will spend the day at the White House with military families.

"President Donald J. Trump and First Lady Melania Trump will celebrate Independence Day at the White House by welcoming military families to the South Lawn for an afternoon picnic.  In the evening, staff and guests will join the military families to enjoy the traditional fireworks display provided by the National Park Service," the Office of the First Lady released Tuesday morning.

"The President and First Lady are excited to extend this year’s Fourth of July celebration to people across the country through a television partnership that will allow viewers to take part in special live performances on the South Lawn of the White House," the release continue. "Hosted by the National Park Service and the National Park Foundation, the 90 minute event will feature live performances from musical artists Sara Evans, pianist Lola Astanova, former American Idol finalist Jax, recent American Idol finalist Jonny Brenns, 'The President’s Own' United States Marines Band, The United States Navy Band Sea Chanters, and The United States Air Force Band’s Max Impact."

For those who cannot attend, the event will be shown live at 8 p.m. et on the Hallmark Channel.

“I’m delighted to welcome this new addition to the annual White House July 4th celebration,” First Lady Melania Trump released in a statement.  “Americans will be able to tune in from their homes and be part of the festivities.  Thank you to the National Park Service, the National Park Foundation, and the event sponsors for helping make this possible.”