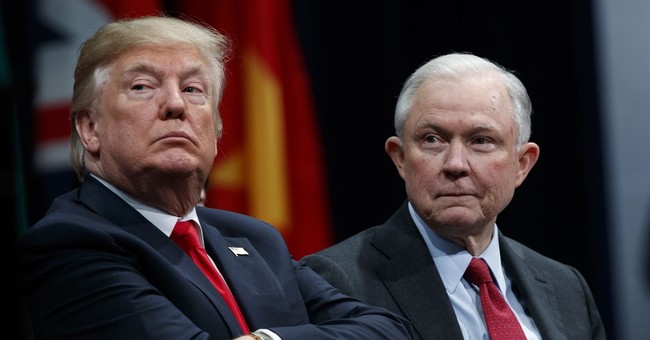 "Under President Trump's strong leadership, the Department of Justice is going on offense against violent crime, illegal immigration, and the opioid crisis—and today we are sending in reinforcements," Attorney General Jeff Sessions said Monday afternoon. "We have a saying in my office that a new federal prosecutor is 'the coin of the realm.'  When we can eliminate wasteful spending, one of my first questions to my staff is if we can deploy more prosecutors to where they are needed. I have personally worked to re-purpose existing funds to support this critical mission, and as a former federal prosecutor myself, my expectations could not be higher. These exceptional and talented prosecutors are key leaders in our crime fighting partnership. This addition of new Assistant U.S. Attorney positions represents the largest increase in decades."

The announcement was made on President Trump's 500th day in office.

The announcement comes one month after Sessions sent an additional number of immigration judges and prosecutors to handle immigration cases in border states California, Arizona, New Mexico and Texas.