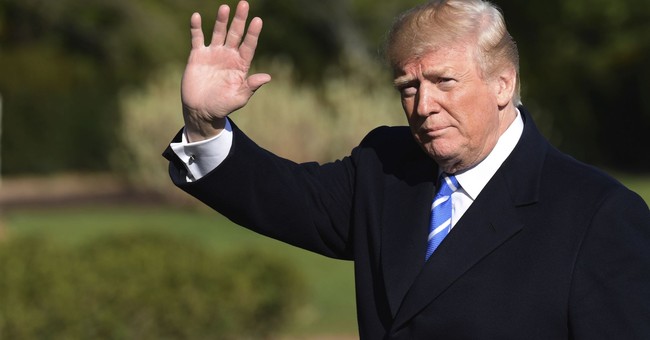 As the economy continues to improve, so do President Trump's approval numbers.

According to a new Rasmussen Reports survey, Trump just hit another high and is sitting at 51 percent approval among likely voters.

The latest figures include 35% who Strongly Approve of the way the president is performing and 39% who Strongly Disapprove. This gives him a Presidential Approval Index rating of -4.

According to the Real Clear Politics presidential approval average the Rasmussen number is an outlier.

That being said, Rasmussen was one of the most accurate polls heading into the 2016 presidential election and the majority at the time had Hillary Clinton winning the White House.

On its final poll released Nov. 7, the day before Election Day, Rasmussen had Hillary Clinton up 2 points on Donald Trump. Clinton won the popular vote by 1 percentage point, even though Donald Trump beat her on electoral votes.

Only one polling entity tracked by RealClearPolitics had Trump leading going into Election Day: A collaboration poll between Investor's Business Daily and TechnoMetrica Market Intelligence that had Trump leading by two points.