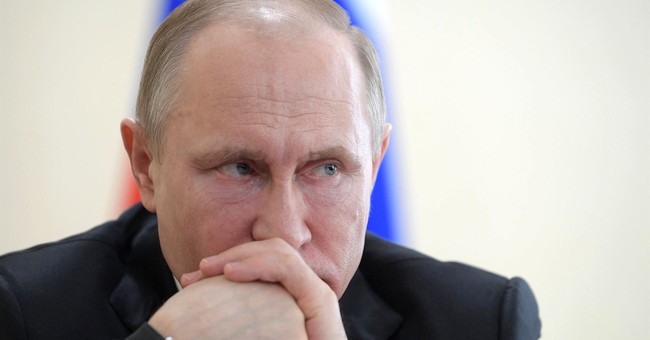 “As the President himself confirmed on March 20, hours after his last call with President Putin, the two had discussed a bilateral meeting in the ‘not-too-distant future’ at a number of potential venues, including the White House. We have nothing further to add at this time," she said.

President Trump has reportedly invited Russian President Vladimir Putin for a meeting at the White House according to the Associated Press and Russian state run media.

An aide to Russian President Vladimir Putin says U.S. President Donald Trump has invited the Russian leader to the White House, but the two countries haven’t started any preparations for such a visit.

Trump and Putin had a telephone conversation on March 20 in which Trump congratulated Putin on winning the Russian presidential election two days earlier. The White House and the Kremlin said at the time the two presidents discussed meeting in person.

The invitation comes just days after the United States expelled 60 Russian diplomats from American soil in solidarity with a number of other NATO countries. The expulsion was in response to Russian poisoning of a former spy and British citizen, in addition to a long list of other bad behavior by the Kremlin.

Russia swiftly retaliated against the U.S. by expelling the same number of diplomats and closed the U.S. consulate in St. Petersburg over the weekend.

"Russia’s action today to expel American diplomats marks a further deterioration in the United States-Russia relationship.  The expulsion of undeclared Russian intelligence officers by the United States and more than two dozen partner nations and NATO allies earlier this week was an appropriate response to the Russian attack on the soil of the United Kingdom.  Russia’s response was not unanticipated, and the United States will deal with it," White House Press Secretary Sarah Sanders said about the expulsion.

The White House has not issued an official statements confirming the inviation to Putin or the meeting.