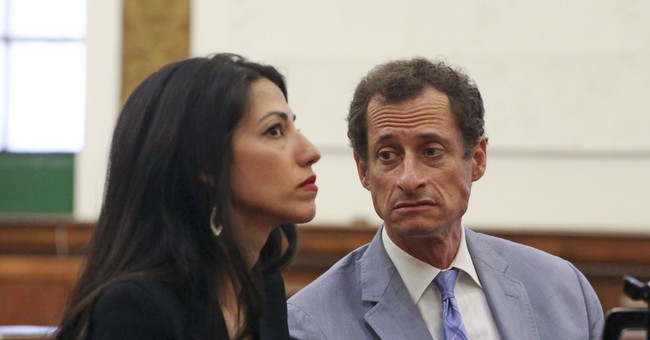 Late last week the FBI released thousands of emails belonging to top Clinton aide Huma Abedin. She stored them on currently imprisoned ex-Congressman Anthony Weiner's laptop. The two were married during Hillary Clinton's time at the State Department and often shared the computer.

The emails were forced out after a Freedom of Information Act lawsuit from Judicial Watch and reveal that not only did Abedin have at least five emails on the computer and Clinton's unsecured private server which were classified, they were more than likely hacked by foreign adversaries because she used a Yahoo account.

Here is one example of the classified content, which was about a talk between the Egyptian government and the Palestinian Authority. The content here is redacted upon release to the public, but was in full view for anyone looking at the original email.

In 2013 Yahoo accounts across the board were hacked, throwing the company into damage control mode. Abedin used a Yahoo account for much of her official business, including to transmit classified documents and messages. She also sent her passwords for sensitive State Department accounts to her Yahoo account.

Like Clinton, Abedin was never charged for mishandling classified information.

“That these government docs were on Anthony Weiner’s laptop dramatically illustrates the need for the Justice Department to finally do a serious investigation of Hillary Clinton’s and Huma Abedin’s obvious violations of law," Judicial Watch President Tom Fitton said about the findings.

A number of lawmakers on Capitol Hill have called for a Special Counsel to review the FBI's criminal investigation of Clinton and her use of a private email server at the State Department.