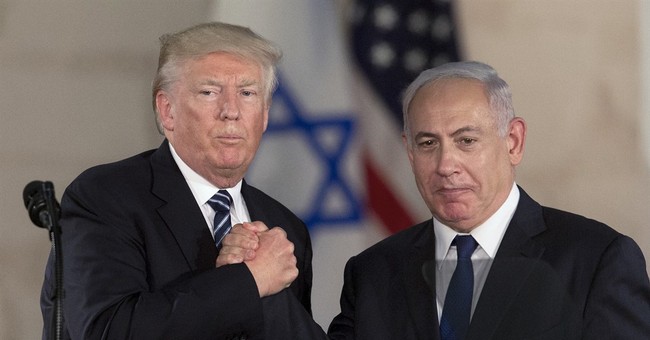 Just three weeks after President Trump officially announced the United States will move its embassy in Tel Aviv to Jerusalem, recognizing the city as the capitol of Israel, a number of other countries are following America's lead.

First, Guatemala announced over the weekend it will move its embassy to the Holy City.

"Dear people of Guatemala, today I spoke with the prime minister of Israel, Benjamin Netanyahu. We discussed the excellent relations that we have had as nations since Guatemala supported the creation of the state of Israel," President Jimmy Morales wrote on his official Facebook account.

"One of the most important topics was the return of the embassy of Guatemala to Jerusalem. I am therefore informing you that I have instructed the chancellor to initiate the process to do so."

And now, the Israeli government is reporting at least 10 other countries are preparing to make the same decision.

Following Guatemala’s announcement Monday that it would move its embassy in Israel to Jerusalem, at least 10 other countries are in talks to move their own missions, Deputy Foreign Minister Tzipi Hotovely said.

In an interview with Israel Radio, she declined to say which states Israel was speaking with, but Channel 10 reported that the next country likely to announce an embassy move was Honduras.

Meanwhile, Turkish President Recep Erdogan has vowed to move his country's embassy to East Jerusalem in support of the Palestinians, but he'll have to get permission from the Israeli government first.