Trump on Losing Alabama Race: Win is a Win 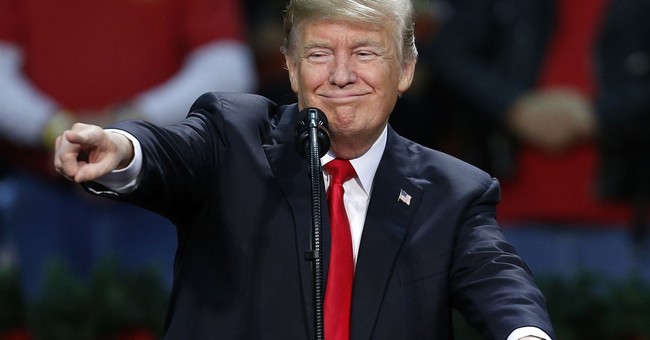 President Donald Trump strongly backed Republican Roy Moore to win the U.S. Senate seat in Alabama vacated earlier this year by Attorney General Jeff Sessions. Tonight in a special election, Moore lost that race to Doug Jones, who is the first Democrat to be elected to the Senate since 1992.

Trump recorded a robocall for Moore late last week, which was sent to Alabama homes until the polls closed Tuesday night. He also held a rally in Pensacola, Florida as a nod to the candidate.

Moore's candidacy came under fire after series of accusations of sexual misconduct came to light, including the allegation he assaulted a 14-year-old girl when he was in his early 30s.

The White House argued that although there were concerns about Moore's behavior, his election was important to the Republican agenda.

"The President's position hasn't changed, he still finds those [accusations] concerning.  But as we've also said, the President feels that he would rather have a person that supports his agenda versus somebody who opposes his agenda every step of the way.  And until the rest of that process plays out, you have a choice between two individuals, and the President has chosen to support Moore," White House Press Secretary Sarah Sanders said last week. "Ultimately, it will come down to the people of Alabama to make that decision."

The people of Alabama will do the right thing. Doug Jones is Pro-Abortion, weak on Crime, Military and Illegal Immigration, Bad for Gun Owners and Veterans and against the WALL. Jones is a Pelosi/Schumer Puppet. Roy Moore will always vote with us. VOTE ROY MOORE!