President Trump Attempted a Surprise Visit to the DMZ 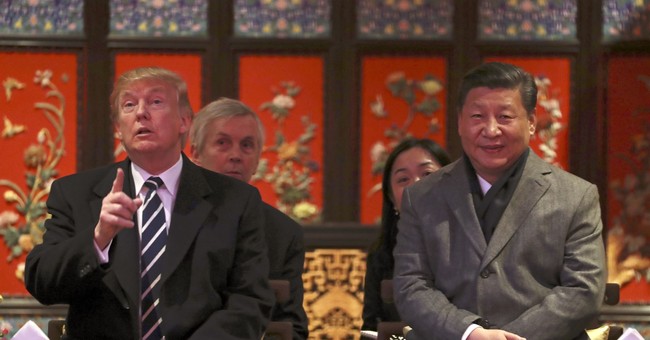 President Trump attempted to make a surprise visit to the Demilitarized Zone between North and South Korea during his trip to the region Tuesday, but bad weather forced him to cancel the trip while en route.

According to the White House pool report, the president took off early Tuesday morning on a helicopter but turned back after a weather call was made before landing. Reporters covering the president’s arrival were told another attempt would be made, weather permitting, but the rain and gray skies didn’t clear up.

Before embarking on his first 14-day trip to Asia, senior advisors weighed whether President Trump should visit the DMZ as the situation with North Korea continues to heat up. An official trip was not planned or announced publicly due to security concerns. Previous presidents, including President Obama, visited the area without incident.

During a speech in Seoul Tuesday before making his way to China, President Trump warned the regime “not to try us” and not to underestimate what the United States and its allies are willing to do in order to confront Kim Jong Un’s nuclear threats.

Getting ready to make a major speech to the National Assembly here in South Korea, then will be headed to China where I very much look forward to meeting with President Xi who is just off his great political victory.