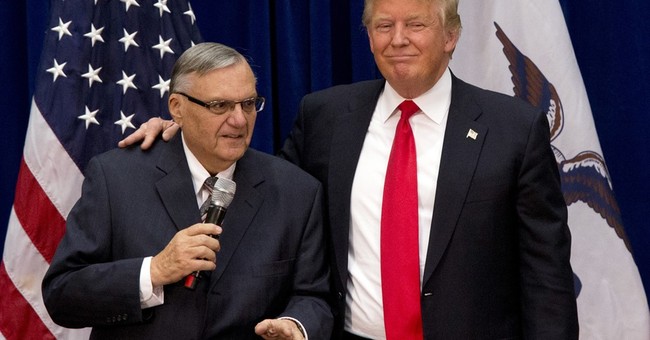 Two weeks ago former Maricopa County Sheriff Joe Arpaio, known for years as Arizona and America's toughest law enforcement agent on illegal immigration, was found guilty of criminal contempt for refusing to comply with orders handed down by a federal judge.

Now as he faces potential jail time, Fox News is reporting President Trump is thinking about pardoning Arpaio, who campaigned for him during the 2016 presidential election.

A reminder from the campaign trail:

Trump and Arpaio were also partners in the pursuit of President Obama's birth certificate.