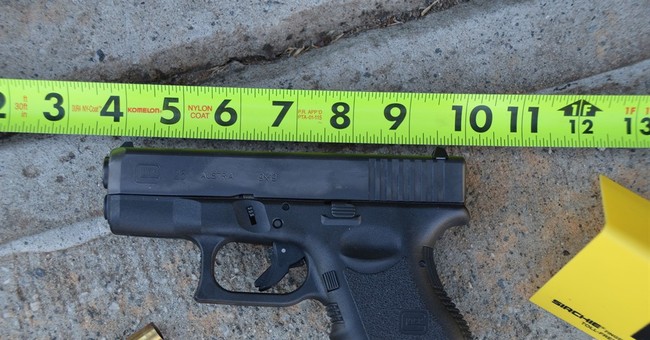 During the Obama administration prosecutions of federal gun law violations dropped by nearly 30 percent. Since February, the Trump administration has already turned those numbers around.

According to the Justice Department, led by Attorney General Jeff Sessions, federal gun prosecutions are up by 23 percent in 2017 compared to last year.

"Following President Trump’s Executive Order to focus on reducing crime, I directed federal prosecutors to prioritize taking illegal guns off of our streets, and as a result, we are now prosecuting hundreds more firearms defendants," Sessions released in a statement Friday. "In the first three months since the memo went into effect, charges of unlawful possession of a gun – mostly by previously convicted felons – are up by 23 percent. That sends a clear message to criminals all over this country that if you carry a gun illegally, you will be held accountable. I am grateful to the many federal prosecutors and agents who are working hard every day to make America safe again.”

President Trump signed an executive order in February directing the Department of Justice to bolster the laws on the books in order to reduce crime in cities across the country. Sessions followed up with a memo to all of the agencies under his jurisdiction at DOJ and demanded laws already on the books be rigorously enforced.

More on the numbers from DOJ:

In the three months immediately following the Attorney General’s memo – April, May and June – the number of defendants charged with unlawful possession of a firearm (18 U.S.C. 922) increased by nearly 23 percent compared to those charged over the same time period in 2016. The number of defendants charged with the crime of using a firearm in a crime of violence or drug trafficking (18 U.S.C. 924), increased by 10 percent.

Gun rights groups have long called for harsher prosecutions for those who violate federal gun laws, specifically for individuals who engage in straw purchases and for felons who unlawfully purchase or possess firearms.