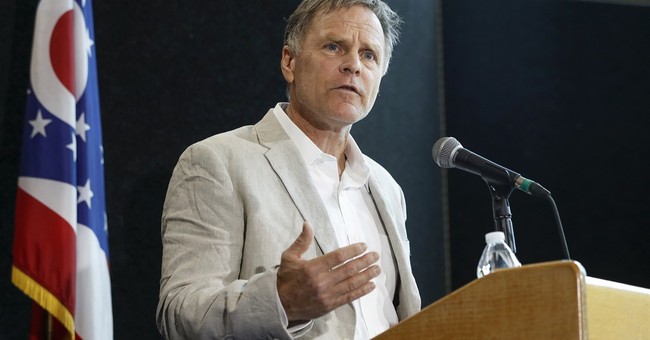 Earlier this week 22-year-old American Otto Warmbier was returned home in a coma after being taken hostage by North Korea for more than a year. He was held as a war criminal for allegedly putting a government propaganda poster in his suitcase.

During a press conference Thursday, Warmbier's father Fred Warmbier, praised the Trump administration for his son's release and had some harsh words for the Obama administration's lack of action. He detailed traveling to Washington D.C. more than a dozen times with no results.

The last White House, he said, advised them to take a “low profile” while they worked to obtain Otto’s release because doing otherwise would “upset the North Koreans.”

However, it wasn’t long before the Warmbiers released that strategy was not working.

“The time for strategic patience was over,” he said, as he and his wife began to grant media interviews.

One reporter followed up on this point, asking if the past administration could have done more to secure Otto’s release.

“The results speak for themselves,” Warmbier said.

Watch starting at the 10 minute mark:

Warmbier also revealed he and his wife were told by Obama administration officials not to hang ribbons representing Otto's captivity in their community because it would have been offensive to North Korean officials.

"My family has been rock solid throughout this. We have supported the heck out of one another,"  Warmbier said. "Now we get to feel the love of the community and not have this crazy 'oh, what are they thinking? Are we afraid of what North Korea will say? Don't put ribbons on the trees.' All of that's gone."

During an exclusive interview with Fox News' Tucker Carlson, Warmbier detailed his son's previous life and how their family is moving forward with a new reality.

"There is severe injury to all areas of the brain," Dr. Daniel Kanter said, adding Warmbier has lost a significant amount of brain tissue.