Speaker Ryan Meets With Members: Republicans Are United Around Principles, Will Get Healthcare Right 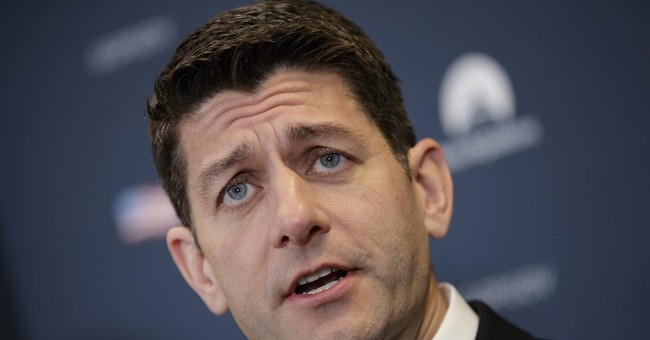 Speaking on Capitol Hill Tuesday morning, House Speaker Paul Ryan summarized a meeting with Republican members of Congress just four days after the American Health Care Act had to be pulled from the floor due to a lack of votes. The White House and House Leadership argued the AHCA would repeal Obamacare. Critics of the legislation, whose opposition ultimately led to its demise, argued it was Obamacare light.

"Obamacare is a collapsing law. Obamacare is doing too much damage to families. And so, we're going to get this right," Speaker Ryan said. "We are united around a common set of principles. We are united around our agenda and we all want to advance the cause of freedom and limited government. We all want to make it easier for families to pay the bills and take care of their loved ones. We all want a system in healthcare where everybody can have access to affordable coverage with more choice and competition. We don't want a government run healthcare system, we all agree on these things."

Ryan went on to say Republicans will not head to their opposing corners, but instead come together to work on getting Obamacare repealed.


We are going to move forward on the things the American people sent us here to do. pic.twitter.com/h51QSUCYXV

"Friday the timeline wasn't there, the votes were not there yet. That doesn't mean that we're not going to get there. We promised that we would repeal and replace Obamacare and that's exactly what we're going to do," Leader Kevin McCarthy added.

Before the legislation was canned on Friday, the White House argued the AHCA was the only chance to repeal Obamacare and that there was no plan b. This week the administration has indicated Obamacare repeal will still be a main priority in addition to tax reform and an infrastructure package.