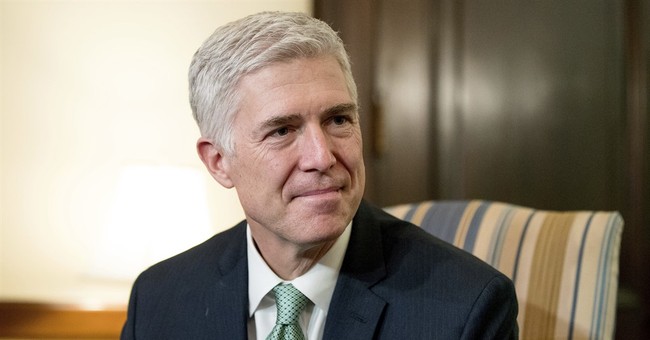 Gorsuch, who serves as a federal judge on the Tenth Circuit Court of Appeals, has been praised by people from both sides of the political spectrum, is loved by colleagues, has a the highest possible rating from the American Bar Association and has been praised across the board as a strict constitutionalist.

Public Guidelines for Attending the Hearing of Neil M. Gorsuch to be an Associate Justice of the United States Supreme Court

At all times, those standing in line shall abide by the rules established by the Senate Judiciary Committee.

Passes to hearings will be distributed on a first come, first serve basis. Passes do not guarantee admission into the hearing and are only valid for the day in which the pass is issued.

On Monday, March 20, 2017, continuing through the conclusion of the hearing, the line for admission into the hearing will start at the NW Corner of First Street and C Street NE.

Individuals who have received a pass will be ushered into the hearing room by Judiciary Committee staff at intervals throughout the day.

No picketing or demonstrating will be allowed by individuals standing in line or in the hearing. At any time authorized staff or U.S. Capitol Police can request the removal of any person from the line or the hearing for failure to adhere to established rules or other security/safety related reasons.

Once persons holding passes have been cleared by security, they must remain with the group at all times. Failure to follow this guideline will result in individuals not being admitted into the hearing room.

Persons who received a pass and were not admitted to the hearing on the day in which the pass was issued will not receive special accommodations for the next day of hearings. Individuals wishing to wait in line for the following day’s hearing may do so ONLY after the current day’s hearing has concluded.

The following items are prohibited for those attending the hearing:

Firearms; weapons of any kind; ammunition (either real or simulated); explosives of any kind (including fireworks); knives; blades; razors; box cutters; or other sharp objects (of any length); any pointed object (i.e. knitting needles, letter openers, etc.); aerosol sprays; cans and bottles; coolers; thermal or glass containers; mace; pepper spray; sticks, poles; pocket or hand tools (such as a Leatherman); packages; backpacks; large bags; duffel bags; camera bags; suitcases; laser pointers; strollers; chairs; umbrellas; food or beverages of any kind; signs, posters or placards of any size; clothing with profanity or images deemed inappropriate by security screeners; and any other items at the discretion of the security screeners that may pose a potential safety hazard or distraction to the hearing.

Photography, of any kind, is strictly prohibited in the hearing room, except for authorized staff.