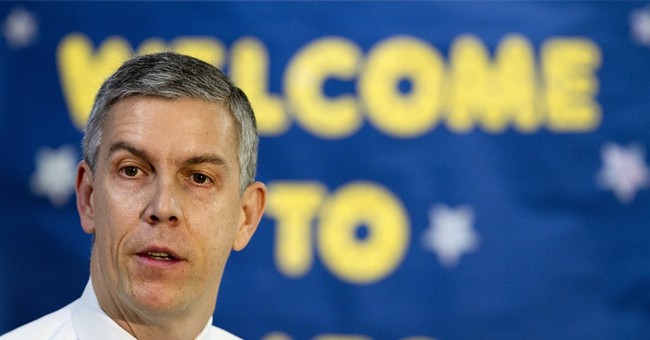 As Cortney reported, newly minted Secretary of Education Betsy DeVos was violently blocked from entering a public school in Washington D.C. Friday by Black Lives Matter protestors. DeVos was set to give a speech and planned to meet with parents, students and teachers.

Now former Secretary of Education Arne Duncan, who served under President Obama, is coming to her defense.


Agree or disagree w @BetsyDeVos on any issue, but let's all agree she really needs to be in public schools. Please let her in.

A local Fox 5 reporter described the protestors as knocking into DeVos, getting into her face and nearly making her fall. They also attempted to block her vehicle upon departure. Her security team was described as overwhelmed by the incident.