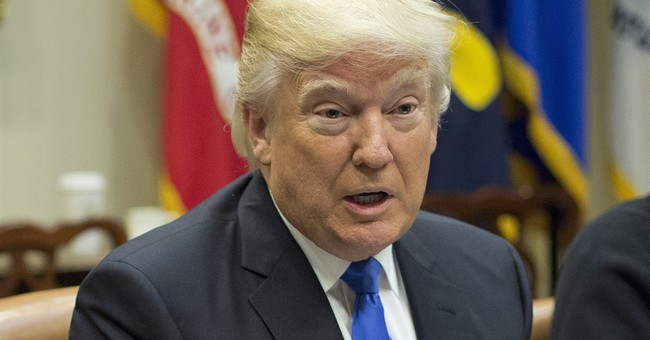 "I was recently contacted by some of the top gang thugs in Chicago for a sit down. They reached out to me because they associated me with you. They respect you, they believe in what you're doing and they want to have a sit down about lowering that body count," Scott said. "They said we gotta lower that body count, they don't want to talk about anything but getting that body count down and they agreed on principles that can do it, these are guys straight from the streets, no politicians, straight street guys but they're going to commit that if they lower that body count, we can come in with some social programs."

Scott added that the people he talked to believe in President Trump's ability to change things, but didn't believe in the Obama administration.

On the campaign trail, Trump repeatedly talked about the carnage happening in the inner cities of America as a result of gang violence.

Last year there were nearly 800 murders in Chicago and thousands were shot. So far in 2017, at least 50 people have been killed and 300 more have been shot.

Just days before taking office in January, Trump tweeted a warning to Chicago Mayor Rahm Emanuel about the ongoing and out of control violence in the Windy City.

Chicago murder rate is record setting - 4,331 shooting victims with 762 murders in 2016. If Mayor can't do it he must ask for Federal help!