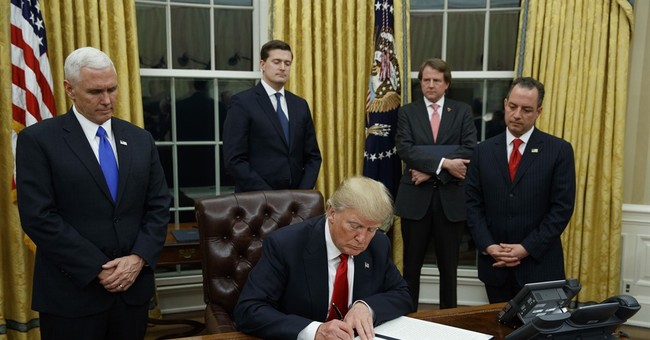 It's the first full week of President Trump's tenure in the Oval Office and he isn't wasting anytime getting to work.

After meeting with business leaders at the White House early Monday morning to discuss domestic manufacturing, Trump signed a series of executive orders eliminating taxpayer funding for abortion overseas, taking the Trans-Pacific Partnership off the table for U.S. participation and imposing a federal hiring freeze for all departments outside of the military.

All three executive actions fulfill promises made on the campaign trail.

Over the weekend, Trump signed an additional executive order freezing Obamacare regulations as a relief to businesses.