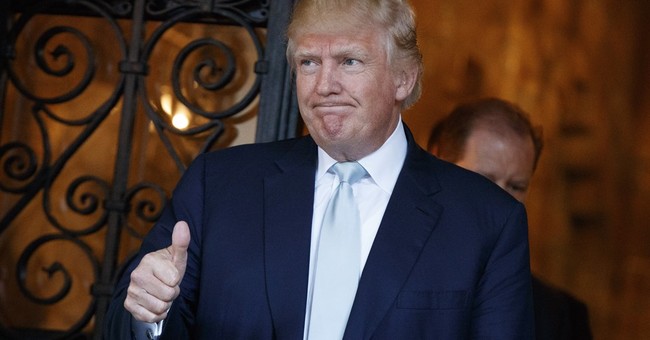 President-elect Donald Trump hasn't tapped a VA Secretary yet, but yesterday his transition team announced plans for VA reform will include allowing veterans to seek private healthcare options. From the Wall Street Journal:

Mr. Trump is considering changing the department to allow some veterans to bypass the VA heath-care system completely and get care exclusively from private-sector hospitals and clinics, the official said. It is an option that could give veterans full choice over their health care, but which many veterans groups argue is the first step toward privatization and one that will reduce the quality of health care over the long term.

“It’s one of the options on the table,” the transition official said Wednesday. ”Definitely an option on the table to have a system where potentially vets can choose either or, or all private.”

On the campaign trail, Trump laid out a 10-point plan for reforming the VA system, which has left thousands of veterans dead due to overwhelming medical wait times.

1. Appoint a VA Secretary whose sole purpose will be to serve veterans. Under a Trump Administration, the needs of D.C. bureaucrats will no longer be placed above those of our veterans.

2. Use the powers of the presidency to remove and discipline the federal employees and managers who have violated the public's trust and failed to carry out the duties on behalf of our veterans.

3. Ask that Congress pass legislation that empowers the Secretary of the VA to discipline or terminate any employee who has jeopardized the health, safety or well-being of a veteran.

4. Create a commission to investigate all the fraud, cover-ups, and wrong-doing that has taken place in the VA, and present these findings to Congress to spur legislative reform.

5. Protect and promote honest employees at the VA who highlight wrongdoing, and guarantee their jobs will be protected.

6. Create a private White House hotline, which will be active 24 hours a day answered by a real person. It will be devoted to answering veteran's complaints of wrongdoing at the VA and ensure no complaints fall through the cracks.

7. Stop giving bonuses to any VA employees who are wasting money, and start rewarding employees who seek to improve the VA's service, cut waste, and save lives.

8. Reform the visa system to ensure veterans are at the front of the line for health services, not the back.

10. Ensure every veteran has the choice to seek care at the VA or at a private service provider of their own choice. Under a Trump Administration, no veteran will die waiting for service.

It is expected Trump will announce his choice for VA Secretary in the coming days. Army veteran and VA expert Pete Hegseth is a finalist for the position along with Cleveland Clinic CEO Toby Cosgrove.