After Kerry Speech, Palestinian Leader Reaffirms a Jewish State Will Never Be Recognized 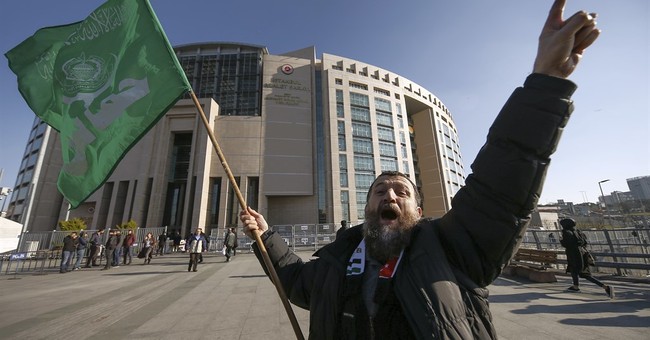 Yesterday Secretary of State John Kerry defended the U.S. decision to abstain from a recent U.N. resolution vote condemning Israel and designating the Western Wall in Jerusalem as non-Jewish, occupied territory. During a speech at the State Department, Kerry spent the majority of his time berating Israel for so-called settlements in the West Bank while advocating for a two-state solution. He acknowledged that in order for a two-state solution to become reality, the Palestinian government would have to recognize the basic fact that Israel, a Jewish state, has the right to exist.

"Recognition of Israel as a Jewish state would deny the right of the Palestinian people who are citizens of Israel and that is totally unacceptable. Israel cannot be a Jewish and a democratic state at the same time,” Barghouti continued.

In short, the issue isn't settlements as the U.N. and the Obama administration have claimed. The anti-semitic issue Palestinians have lies with the existence of the Jewish people. Israel and the Jewish people have a right to exist. Until this is recognized by the Palestinians, there cannot be peace.

Video: @KatiePavlich points out Kerry's talk about giving Israel "tough love" is wrong but instead was a "betrayal" pic.twitter.com/2fURgb8UNr