Reince Priebus: Secretary of State Pick Still Up In The Air, Not a Done Deal 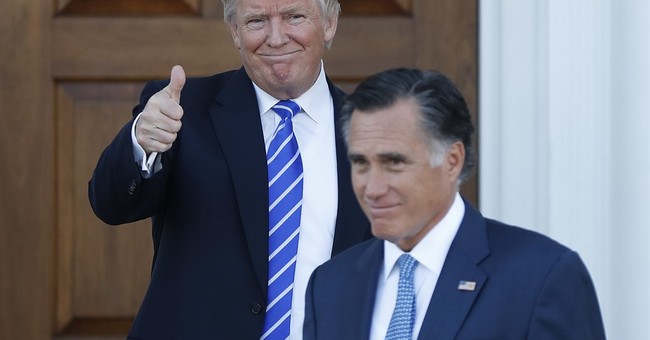 According to RNC Chairman and Trump Chief of Staff Reince Priebus, President-elect Donald Trump's decision about who he will nominate for Secretary of State is far from imminent.

"I don't think anyone should expect anything imminent on this...I wouldn't expect anything today or tomorrow," Priebus said during an interview Wednesday on Fox News. "I think he [Trump] sees a lot of talent in Governor Romney. Nothing is certain and its still up in the air."

"He wants to make sure when he's talking to Mayor Guiliani, he's talking to David Petreaus, Senator Corker, Governor Romney that when he makes the decision, it's the decision that's best for America regardless of background," Priebus continued, adding there is a comfort level that has to be met for the position. "They had a great dinner last night, very encouraging but again, not a done deal, but certainly positive."

After dinner Romney said the dinner was productive and that he's been very impressed with the transition process.