Chart: Obama's Federal Overreach Has Decimated Democrats Around The Country 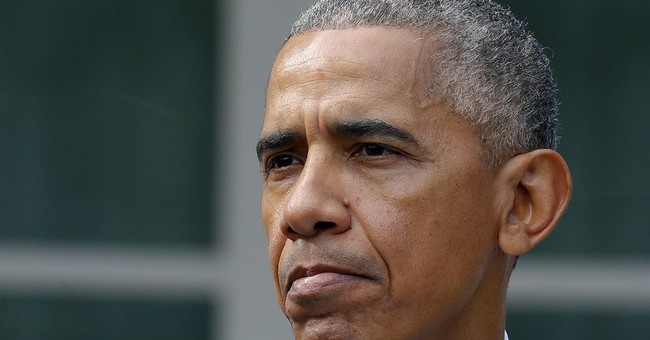 Tuesday's presidential election didn't just mark a huge loss for Hillary Clinton, who was pummeled by Republican Donald Trump in the electoral college by breaking through her blue wall to lock down the White House, but also dealt a huge blow to Democrats at the state level around the country.

Over the course of President Obama's tenure, Republicans have been voted in to dominate governor's mansions and state legislatures, in additional to regaining control of the House and Senate.

The following chart, produced by the Washington Post, shows Democrats have been decimated as a result of President Obama's executive overreach.


The decimation of the Democratic Party, visualized https://t.co/WcMg65N2hx

Republican domination is so prevalent on the state level, they're just one state legislature away from holding a majority capable of amending the U.S. constitution.

Democrats now control only 13 state legislatures (26%). If they lose 1 more they fall below the % needed to stop constitutional amendments. pic.twitter.com/6tVxNSoO2q