These Lefty Celebrities Are Freaking Out About Trump's Win 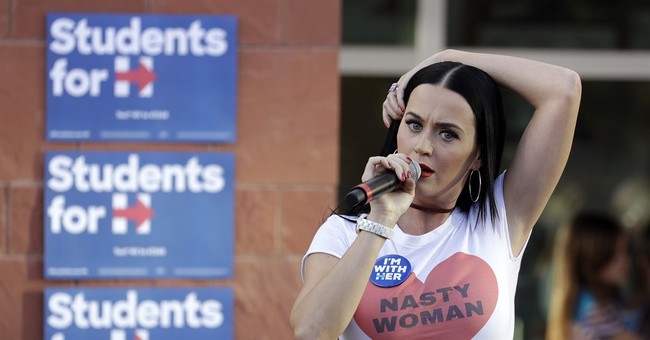 Before last night's votes were tallied, a number of lefty celebrities threatened to leave the country if Donald Trump won the White House. After a Trump victory today, they haven't packed their bags yet but they're certainly freaking out.

Lady Gaga protested outside of Trump Tower after it became clear that Donald Trump would win the presidency. https://t.co/q96mwYx46C pic.twitter.com/B6K9AP3sBX

Cher, Lady Gaga, Katy Perry crying. Can we bottle that and sell it on ebay? We'd solve the national debt.

world will never be the same. I feel Sad for the young.??will never be more than the toilet, I’ve used as a symbol 4 Him.
U Can’t Polish ??

WE WILL NEVER BE SILENCED. #LOVETRUMPSHATE