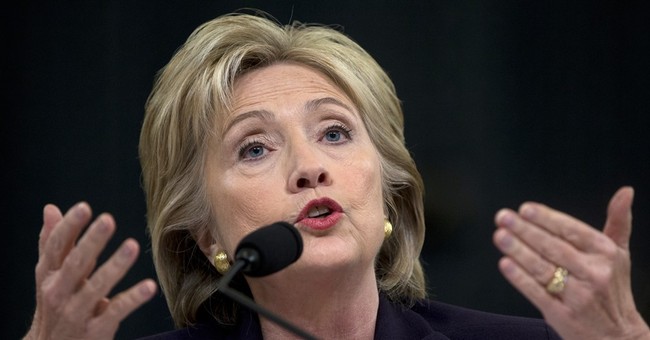 According to a new report from Fox News correspondents Adam Housley and Malia Zimmerman, guards hired through a contractor by the State Department to protect the U.S. consulate in Benghazi were unvetted, local militia members who belonged to terrorist groups Al Qaeda and Ansar al-Sharia.

An obscure private firm hired by the State Department over internal objections to protect U.S. diplomats in Benghazi just months before the American ambassador and three others were killed was staffed with hastily recruited locals with terror ties who helped carry out the attack, multiple sources told Fox News.

The explosive charge against Wales-based Blue Mountain Group comes from several sources, including an independent security specialist who has implemented training programs at U.S. Consulates around the world, including in Benghazi, where he trained a local militia that preceded Blue Mountain. The source, who spoke on condition of anonymity, said Blue Mountain used local newspaper ads to assemble a team of 20 guards, many of whom had terror ties, after securing a $9.2 million annual contract.

“I am stunned that the State Department was relying on [locals] with extremist ties to protect American diplomats,” U.S. Rep. Blake Farenthold, R-Texas, told Fox News. “That doesn’t make any sense. How does that happen?”

It is believed the guards not only turned on those they were supposed to be protecting, but helped plan the September 11, 2012 attack.The State Department denied this assertion.

Former Ambassador Chris Stevens, who was one of four Americans killed during the attack, repeatedly sent requests to the State Department asking for better and more security. He was ignored.

According to previous reporting and an internal government review, hired Libyan militias were "on strike" the day of the attack and refused to protect State Department vehicles as they moved inside the increasingly dangerous city.

The special Accountability Review Board that Secretary of State Hillary Clinton appointed to investigate the Sept. 11 attack on the U.S. diplomatic mission in Benghazi, Libya, says that a local militia the State Department hired to protect that mission was refusing to protect the movement of State Department vehicles in Benghazi on Sept. 11 in order to protest its wages and working hours.

“In the weeks and months leading up to the attacks, the response from post, Embassy Tripoli, and Washington to a deteriorating security situation was inadequate,” says the report, which was released on Tuesday. “At the same time, the SMC’s [Special Mission compound’s] dependence on the armed but poorly skilled Libyan February 17 Martyrs’ Brigade (February 17) militia members and unarmed, locally contracted Blue Mountain Libya (BML) guards for security support was misplaced."

The board’s report indicates that these Libyan militia simply did not do the job the State Department for some reason believed they would in protecting a U.S. diplomatic mission in what the report calls a “a lawless town ... in reality run by a diverse group of local Islamist militias."

The Libyans didn't have the capacity to protect our Benghazi consulate, yet we let them "protect" it anyway

According to State Department officials, it is standard practice to hire local security forces for protection of U.S. assets and consulates in high risk countries around the world