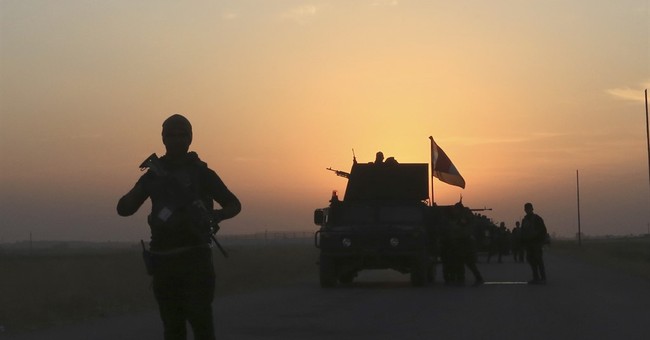 A U.S. service member has been killed in a roadside suicide attack as the Mosul offensive against ISIS continues, with the most intense fighting so-far happening today. The name has not been released as officials notify the family.

More than 25,000 U.S. troops are taking part in the Mosul offensive. The White House maintains U.S. military forces are not engaged in combat.

US says it will use Apache helicopter gunships in the battle for Mosul... as US involvement increases. #Mosul #isis

U.S. officials and their intelligence partners in the region believe ISIS will use chemical weapons as Kurdish, Iraqi, Turkish and U.S. forces move further into the city.