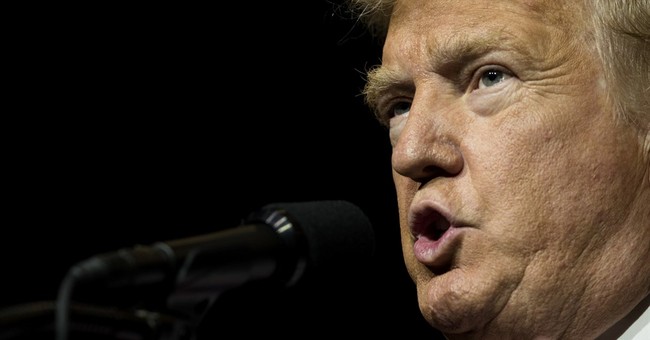 As Donald Trump continues his brazen strategy of denial, attacks against the Republican Party and a lack of focus on the issues, the gap between the GOP nominee and Democrat Hillary Clinton continues to expand.

According to newly released Fox News polling of likely voters, which was taken after Sunday night's second presidential debate and as accusations of sexual misconduct mounted against the candidate this week, Trump is trailing Clinton by seven points.

Hillary Clinton’s lead over Donald Trump has increased to seven points, as more than half of voters say he is not qualified to be president.

Clinton receives 45 percent to Trump’s 38 percent.  Libertarian Gary Johnson is at 7 percent and Green Party candidate Jill Stein gets 3 percent.  Last week, Clinton was up by two points in the four-way contest (44-42 percent).

Clinton’s lead is outside the poll’s margin of sampling error in both the two-way and four-way contests.

And where is Trump having the most trouble? Not surprisingly, with women.

Among Republicans, who have been denouncing him in droves, Trump is down 11 percent this week.

Since winning the GOP primary earlier this year, Trump has consistently dominated Clinton on the issue of voter enthusiasm. That has changed and Clinton has closed the gap, posing major questions about voter turnout on Election Day.

The administrators of the poll had this to say, brace yourselves:

"If the Republicans are not at rock-bottom, they can certainly see the bottom from where they are," says GOP pollster Daron Shaw, who conducts the Fox News Poll with Democrat Chris Anderson. "If Trump got 90 percent of self-identified Republicans and nothing else -- no Democrats and no independents -- he'd be at 32 percent.”

The next presidential debate is Wednesday, October 19 at 9 p.m. eastern from Las Vegas. There are 26 days until Election Day on November 8.