Cratering: Another New Poll Shows Trump Down By Double Digits 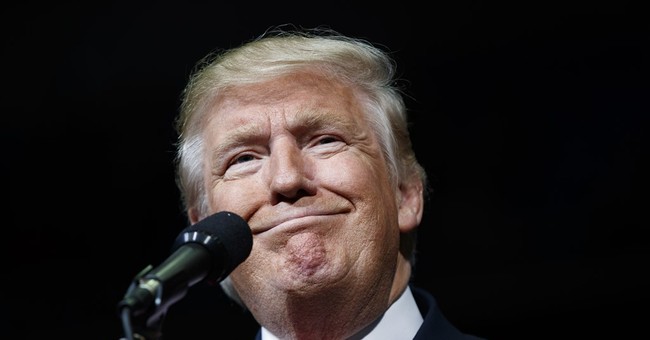 We're still waiting on numbers showing the impact of the second presidential debate over the weekend, but today The Atlantic is out with new polling showing Independents and women fleeing Republican nominee Donald Trump in droves. The survey doesn't fully take into account the impact of Trump's comments on the Access Hollywood tape released last Friday, indicating the worst may be yet to come.

Clinton holds a 49-38 lead over the Republican. Two weeks ago, a previous PRRI/Atlantic poll found Trump and Clinton tied at 43-43.

The poll was conducted Wednesday through Sunday, meaning some respondents were interviewed before the video’s release and some afterward. It also does not take into account the second presidential debate, in which Trump’s performance drew widely varying reviews.

“At a time when Trump needs to be expanding his support, this new survey shows him faltering with independent voters and slipping further with women voters,” said Robert P. Jones, CEO of the Public Religion Research Institute. “While white evangelical voters are mostly standing by their man, enthusiasm among his base supporters alone is certain to leave him short on Election Day.”

Clinton also continues to lead Trump by hefty margins among women, with a 33-point gap separating the candidates. Just 28 percent of likely women voters intend to pull the lever for Trump, a five-point drop from one week ago, while 61 percent plan to vote for Clinton.

This poll comes on the heels of an NBC/WSJ poll released yesterday showing Trump down by 11 points particularly among women and independents. That same poll also showed American voters favor a Democrat Congress, an alarming wake-up call for GOP members in tough races.

Trump absolutely cannot win without improvement in these demographics. He's now losing non-college educated white women, a demographic McCain and Romney won in 2008 and 2012. Neither one of them made it to the White House.

Considering how loyal Trump's base voters are, forgiving him for literally everything he has done in the past or will do in the future, it's amazing to watch the candidate continue to stay in his bombastic comfort zone, doing nothing to get to the additional voters he needs to win.

There are 28-days left before Election Day and although the race isn't over yet, the window for Trump to turn things around is closing quickly. Early voting has already started in a number of states and ballots are being cast as his numbers continue to crater.