Stronger Together: Basically The Entire Clinton Campaign is Sick and It Isn't Allergies 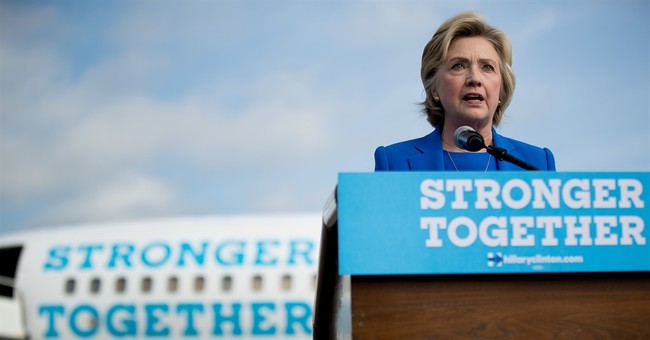 Just over a week and a half ago, Democrat presidential candidate Hillary Clinton had a horrible coughing fit during  a campaign stop in Ohio. When she found a moment to breathe after repeatedly hacking into the microphone, Clinton said that when she thinks of Trump, she becomes allergic. As speculation began to mount about her health, the Clinton campaign argued the candidate was suffering from seasonal allergies and doing fine.

Fast forward to Sunday when Clinton left the Ground Zero 9/11 memorial service early, without properly informing her security detail about the need for an abrupt departure, due to a medical emergency. Video surfaced showing Clinton stumbling off of a curb with staff doing their best to keep her propped up. She lost a shoe and like a rag doll, was put into the van. Her campaign argued the incident was a result of "overheating," despite normal 70-80 degree temperatures. Clinton's jacket was also kept on.

Shortly after the incident, we learned Clinton had been diagnosed with pneumonia two days earlier. The campaign claimed she overheated anyway.

Now, a report in People Magazine shows it isn't just Clinton who's sick, but a number of people working on the campaign and they've been severely ill with respiratory illness for weeks.

The illness that sickened Hillary Clinton with pneumonia and caused her to have to be escorted away from September 11 ceremonies in New York on Sunday also struck down several members of her campaign team at Clinton headquarters in Brooklyn, PEOPLE has learned.

At the end of August, two weeks before Clinton was diagnosed with pneumonia, a debilitating bug was making the rounds among staff at her headquarters and campaign aides who travel with Clinton, a source tells PEOPLE.

At least half a dozen senior staff were felled, including campaign manager Robby Mook. Two top advisers even needed emergency medical treatment, the source says. One top adviser diagnosed at a Brooklyn urgent-care center with a respiratory infection was being treated with antibiotics in the days before Clinton's diagnosis. Another top adviser was taken by ambulance to the ER by ambulance after collapsing from what turned out to be severe dehydration, the source said.


That's a lot of people with "allergies."