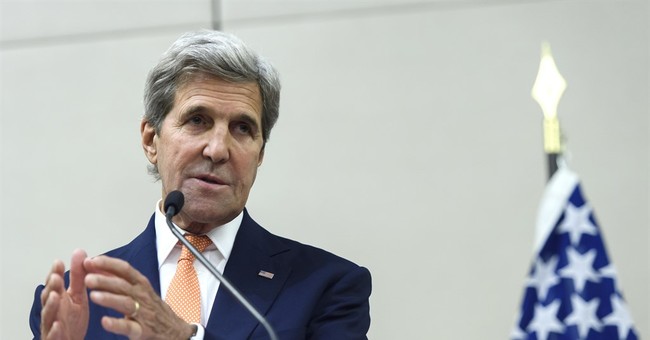 "If you decide one day you’re going to be a terrorist and you’re willing to kill yourself, you can go out and kill some people. You can make some noise...perhaps the media would do us all a service if they didn’t cover it quite as much. People wouldn’t know what’s going on," Kerry said.

While the copy cat, attention seeker argument may be true in a handful of cases, the media ignoring terrorism as the Obama administration has arguably chosen to do for nearly a decade, isn't going to make terrorism go away.

For example, the administration downplayed the ISIS threat by claiming they were "jayvee" and demanded intelligence reports be altered to paint a better picture of the increasingly dangerous situation around the world and in the United States. And who could forget the Justice Department changing Allah to "God" and censoring pledges to ISIS with "[omitted]" in the transcripts of the Orlando terrorist's 911 call?

This new push by Kerry shouldn't be surprising, after all it was just a few weeks ago when Kerry essentially argued the use of air conditioners and other appliances are bigger threats to the world than ISIS.

Here's the reality: Kerry doesn't want the press giving attention to the issue of terrorism because it further exposes the failure of the Obama administration's foreign policy over the past eight years. Terrorism doesn't go away if you simply ignore it but instead, expands.