When Will Matt Lauer Interrogate Hillary Clinton The Same Way He Did With Ryan Lochte? 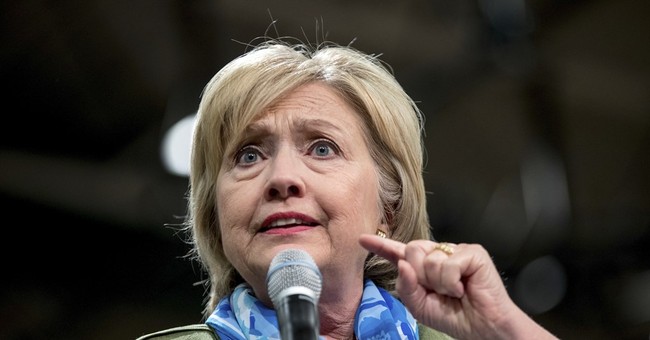 In case you missed it last week gold medalist Ryan Lochte, an Olympic swimmer for Team USA, told a story about being held at gun point (UPDATE: It appears Lochte was telling the truth, be sure to read about the evidence, not the media narrative, here) and robbed during a drunken night out in Rio. He apologized for what has become an international incident, took ownership of his bad behavior and has lost at least one of his sponsors, Speedo, as a result of his actions (UPDATE: Ralph Lauren has also cut ties with the athlete).

"I want to apologize for my behavior last weekend -- for not being more careful and candid in how I described the events of that early morning and for my role in taking the focus away from the many athletes fulfilling their dreams of participating in the Olympics," Lochte posted last week on his Instagram page.

Over the weekend Lochte sat down with Today Show host Matt Lauer to explain himself, calling his behavior "childish and immature" and issuing another apology. Lauer took the opportunity to go after Lochte, asking a series of pressing questions.

"They [the people of Rio] put on a great Games. They did everything. And my immature, intoxicated behavior tarnished that a little," Lochte told Lauer. "I'm taking full responsibility, I over exaggerated that story."

"I'm just really sorry, I'm embarrassed, for myself, my family especially those guys [teammates who were detained in Brazil], USA Swimming, the whole Olympic games, everyone watching," he continued, fighting back tears. "I was immature and I made a stupid mistake, I'm human and I made a mistake and definitely learned from this."

Was Lochte's behavior immature, reckless, stupid and embarrassing? Sure. Did it endanger the national security of the United States in addition to the lives of spies living and working around the world? Nope.

When will Matt Lauer look down his nose at Hillary Clinton and demand the same accountability for her deliberate decision to store top secret, classified information on a series of private servers and then repeatedly lying about it to the American people? When will he stand up as the moral authority in an interview and shame her for what she did? Where are the questions about her ongoing and changing story?

Ryan Lochte embarrassed the country with his behavior. The woman who wants to be President of the United States put the security of the country in jeopardy with hers.