Trump Gives Major Economic Address: It Is Time To Remove The Anchor Dragging Us Down 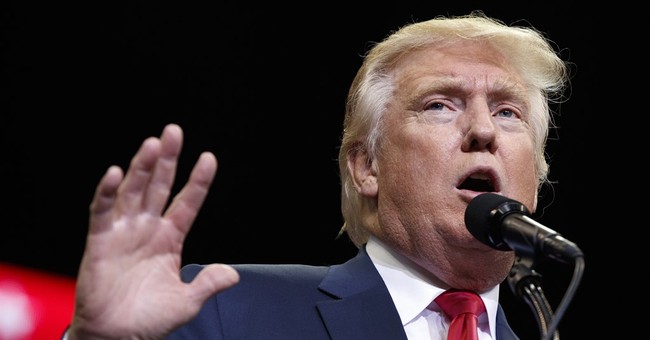 Speaking from Detroit Monday, GOP presidential candidate Donald Trump outlined his plan for the economy as his campaign desperately tries to put the brakes on plummeting poll numbers.

"We now begin a national conversation about American renewal," Trump said. "Especially for those who have the very least...We will make America grow again."


During his address, which was interrupted numerous times by protestors, Trump outlined major areas of reform in order to "make America grow again" and "jump-start the economy." These areas include tax, trade, energy and regulatory reform in addition to canceling President Obama's overreaching and illegal executive orders.

"I am proposing an across the board income tax reduction especially for middle income Americans," he said. "My plan will reduce the current number of brackets from 7 to 3 and dramatically streamline the process....Under my plan, no American company will pay more than 15% of their business income in taxes."

"No family will have to pay the death tax," he continued. "It's just plain wrong and most people agree with that. We will repeal it."

School choice, bringing jobs back to the United States and painting Clinton as an outsourcer who supports former President Bill Clinton's NAFTA policies were also main focuses in the speech.

"She [Hillary Clinton] is the candidate of the past, ours is the campaign of the future," he continued. "Every policy she has adjusts the playing field in favor of other countries."

Trump said details about his economic plan, which he promises will "help you and your family," will be released in the coming days.

"I want to jump-start America and it won't even be that hard," Trump said. "It is time to remove the anchor that is dragging us down."

"We are in a competition with the world and I want America to win."