Donald Trump Jr. Has Some Harsh Words For Corey Lewandowski 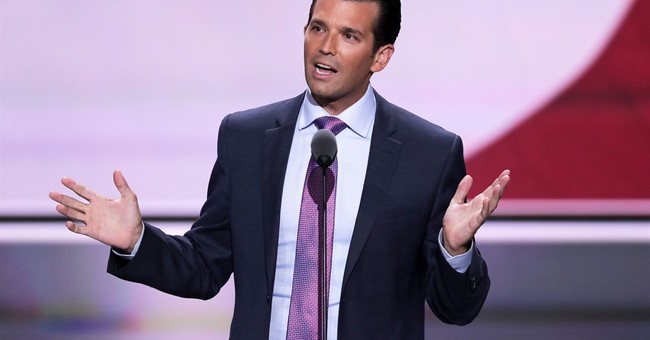 Donald Trump Jr., who was the star of Tuesday night's RNC convention lineup, had some harsh words for former campaign manager Corey Lewandowski during an interview with CBS News Wednesday morning. The comments come after Lewandowski said on CNN yesterday that current campaign manager Paul Manafort should resign over plagiarism in Melania Trump's Monday night speech if he knew about it beforehand.

"There's a reason Paul's in the position he is today and Corey's not and it's not because Paul is 'amateur hour.' It has nothing to do with that," Trump Jr. said. "Listen I understand, he’s not here anymore, you want to try and maintain relevance, you want to be on TV, you want to do these things. I think at this point, you know, that’s not a service to the campaign. I think it’s nonsense."

Lewandowski, who has always been a controversial figure, was fired from the Trump campaign in June.

WATCH: @CLewandowski_ on if Paul Manafort saw @MELANIATRUMP's speech ahead of time: "I think he would resign" pic.twitter.com/KrXDb94eAH