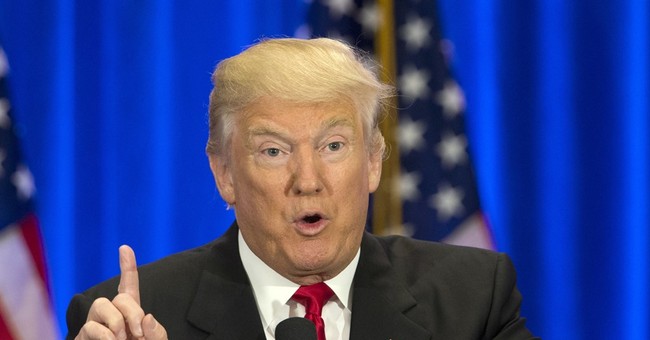 Presumptive GOP nominee Donald Trump, who is officially scheduled to speak at the RNC convention Thursday, is rumored to make a surprise appearance on stage Monday night.

According to a source close to the campaign, Trump will only speak for a few minutes.

During an interview Monday morning with Fox and Friends, Trump hinted at the appearance saying he may or may not show up.