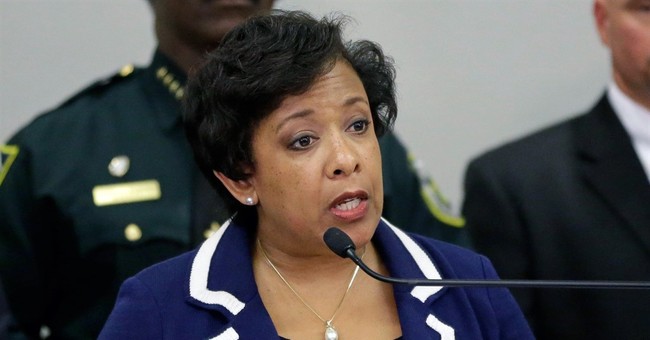 Do you work in law enforcement? Are you a racist? No? Well according to the Department of Justice you are certainly biased, even if you don't know it. From Reuters:

The U.S. Justice Department announced on Monday that more than 33,000 federal agents and prosecutors will receive training aimed at preventing unconscious bias from influencing their law enforcement decisions.

The training will bring Justice Department employees in line with many local police departments across the country that have implemented bias prevention plans following a spate of shootings of unarmed black men by white police officers.

"But implicit bias also presents unique challenges to effective law enforcement, because it can alter where investigators and prosecutors look for evidence and how they analyze it without their awareness or ability to compensate," Yates said in the memo.

The training will be mandatory for all Justice Department agents and prosecutors and will be rolled out over the next year, Yates said.


Unarmed? Reaching for an officer's gun, as Michael Brown did when he tried to grab Officer Darren Wilson's gun in Ferguson two years ago, counts as "unarmed"? As I've written before:

The “unarmed” media narrative creates a false moral equivalence between a victim and an attacker. The media definition of armed seems to be someone carrying a firearm or a knife, when in fact people are most often armed with their own hands and feet for aggravated assault, and in other cases, murder. Perpetuating an “unarmed” narrative extremely distorts the truth and promotes criminals who use them- selves to prey on innocent victims. Being armed doesn’t require carrying a gun, bat, or knife. Hands, feet, and fists are plenty capable of being used to achieve the same goal: severe bodily injury or death.


This is the same Department of Justice that dropped charges against the Black Panthers after members stood outside of a Philadelphia polling station and intimidated voters. This is also the same DOJ with a Civil Rights Division full of attorneys with their own bias against white police officers with zero interest in protecting the rights of white victims. Under Obama's leadership, the Department of Justice has become race obsessed and not for the betterment of the country or race relations. In fact, race relations in American are at a low point.

I'll leave you with this from former DOJ attorney and whistleblower J. Christian Adams: