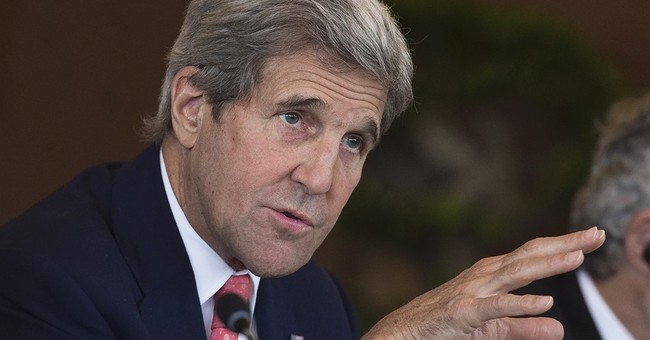 After it was recently discovered by Fox News correspondent James Rosen that the State Department edited out an important exchange during a 2013 press briefing between him and former spokeswoman Jen Psaki about the Iran nuclear deal, officials declared they had "hit a dead end" in finding out who gave the order to have the YouTube briefing video scrubbed. Further, Spokesman John Kirby quickly tried to put the incident behind the Department and repeatedly said in interviews about the incident that they were "moving forward."

The State Department on Thursday said it has hit a "dead end" in determining who ordered the deletion of part of a December 2013 press briefing video that addressed the Iran nuclear deal.

"We believe we've carried out the necessary investigation. We have hit a dead end in terms of finding out more information," said State Department spokesman Mark Toner.


But now, after receiving a letter from the House Oversight Committee demanding answers as to who made the decision, Secretary of State John Kerry is calling for further investigation. From the Washington Examiner:

"Basically because the secretary said he wants to dive deeper into this, [State will] look more into what happened, and try to get to the bottom of what happened," he said.

"The Obama Administration must do more than simply pay lip service to the notion of government transparency and accountability," American Center for Law and Justice President Jay Sekulow, who is pushing for answers on the issue, posted on the ACLJ website Thursday. "Last week, State Department spokesman Mark Toner claimed the investigation had reached a dead end.  But today, he said that there are always other leads that can be followed. He admitted that the technician who made the edit does know the gender of the person who called and asked for the edit to be made."

State Department officials still insist there is no cover-up surrounding the situation.