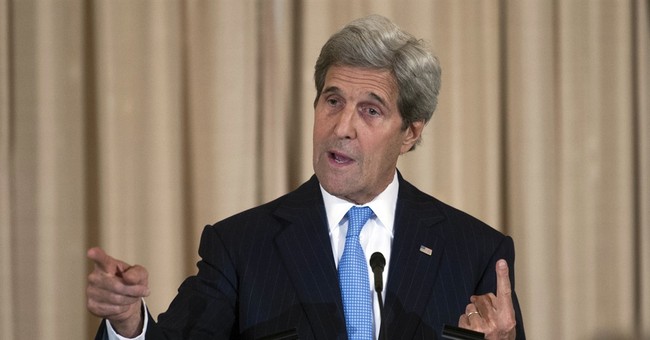 House Oversight Committee Chairman Jason Chaffetz is demanding an investigation into the deletion of a key exchange about the Iran nuclear deal between Fox News correspondent James Rosen and former State Department spokeswoman Jen Psaki. The exchange revealed the Obama administration severely misleading the American public through false statements to the press.

In a letter to Secretary of State John Kerry, Chaffetz is asking the Department to provide the following:

-Documents sufficient to identify, by name and job title, the individual or individuals who made and received the request to deliberately delete the video footage

-All documents and communications referring or relating  to other requests to delete portions of daily press briefings from publicly-accessible portals since January 1, 2012

"Recent media reports indicated that the exchange between Mr. Rosen and Ms. Psaki, along with eight minutes of footage from the December 2, 2013 daily press briefing, were deleted from videos made available by the State Department on its website and official YouTube channel. At the May 10, 2016 daily press briefing, when asked why the deletion occurred, Elizabeth Trudeau, Director of the State Department Press Office, stated: 'We're looking into it. Genuinely we think it was a glitch,'" the letter states. "On June 1, 2016, however, State Department spokesperson and Assistant Secretary for Public Affairs, John Kirby, stated that the deletion of the December 2, 2013 Rosen-Psaki exchange resulted from a 'deliberate request.' He also added that the deletion 'wasn't a technical glitch.'"

Psaki also lashed out at Fox News and James Rosen yesterday for continuing to press for answers and clarification on the issue.