Raul Castro Slams the United States: Our Stance on Human Rights Will Not Change 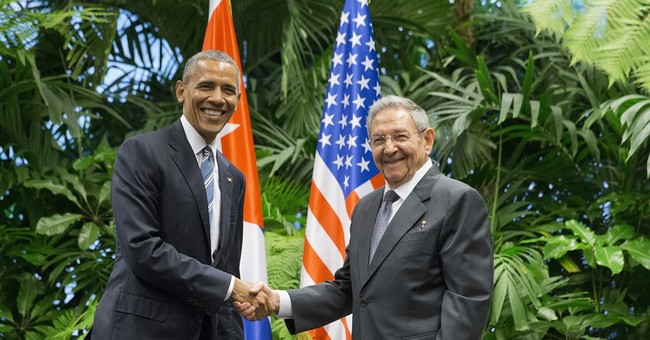 During a rare press conference in Havana, Cuba Monday, Communist Dictator Raul Castro became irritated with reporter questions about human rights abuses inside the country and accused the United States of double standards on the issue.

Standing next to President Obama, who "normalized" relations with Cuba in December 2014, Castro accused the United States of racism, failing to provide the "rights" of education and healthcare to its people and accused the government of condoning unequal pay for men and women.

"The United States shouldn't be immune to criticism," Castro said, clearly frustrated and irritated with press questions. "Human rights issues should not be politicized...our stance on human rights will not change."

Practicing journalism against the government is illegal in Cuba and in 2014, Castro expressed concern surrounding American journalism professors training Cubans inside the country about how to conduct reporting.