Trump: "I'm Speaking to Myself" About Foreign Policy, I "Have a Very Good Brain" and "Instinct" 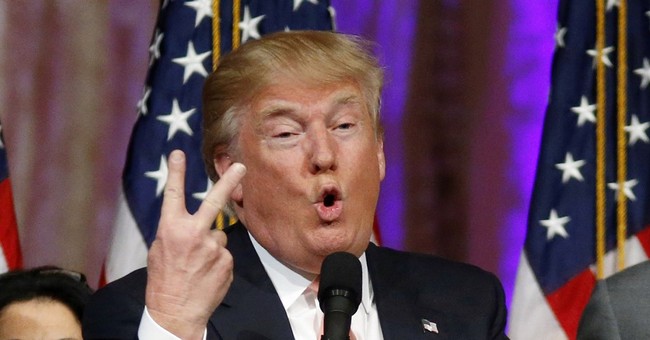 GOP presidential candidate Donald Trump, who is running for the job that would hand him the nuclear codes, has been all over the map when it comes to foreign policy. He's flip flopped on whether to send U.S. ground troops to fight ISIS in Iraq and he's said U.S. soldiers should kill the children and spouses of terrorists. He's also said he would remain neutral in the Israeli-Palestinian conflict and has praised tyrannical leaders like Vladimer Putin. During the GOP debate in Florida last week, he called the Tiananmen Square massacre a "riot" that was quickly and properly handled by the Chinese government.

During an interview on MSNBC's Morning Joe Wednesday, Trump was asked by co-host Mika Brzezinski who he consults about foreign policy. He responded by saying his primary consultant on the topic is himself.

"I'm speaking with myself, number one, because I have a very good brain and I've said a lot of things," Trump said. "In fact, in my book in 2000 I talked about Osama bin Laden."

Who is @realDonaldTrump consulting on foreign policy? Trump: I'm speaking with myself, I have a very good brain https://t.co/4YC15EqNgi

Last week on Morning Joe Trump said he doesn't have a foreign policy team, yet.

On March 8, Trump told MSNBC’s “Morning Joe” program that while “there’s no team” yet, he’s been meeting “with far more than three people” who were “tremendous,” and that he would name names in a “fairly short period of time.”