Ted Cruz Reconfirms: I Have "Absolutely Zero" Interest in Being Trump's VP 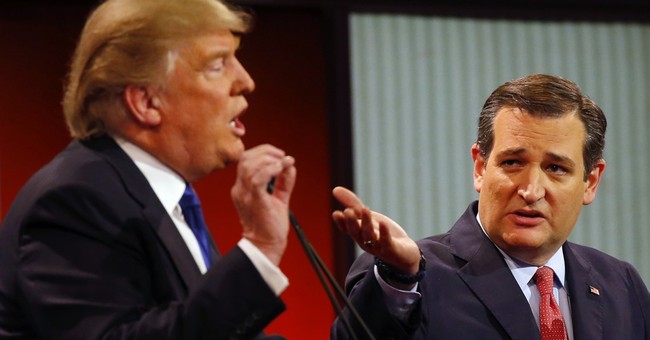 TC: I have. It is devastating, I think.

HH: All right, so having that background, those vulnerabilities, and given the extremely negative, harsh, and I believe untrue things that Donald Trump has said about you, would you ever agree to serve as his vice president on a ticket?

TC: I have absolutely zero interest in doing that. Donald Trump loses to Hillary, and the answer, as you know, Hugh, a lot of folks in the Washington establishment, they’re having fevered dreams right now of wanting a brokered convention.

Based on the results from second Super Tuesday, it's all but inevitable the remaining three GOP candidates will have to fight it out for the nomination at the convention in Cleveland.