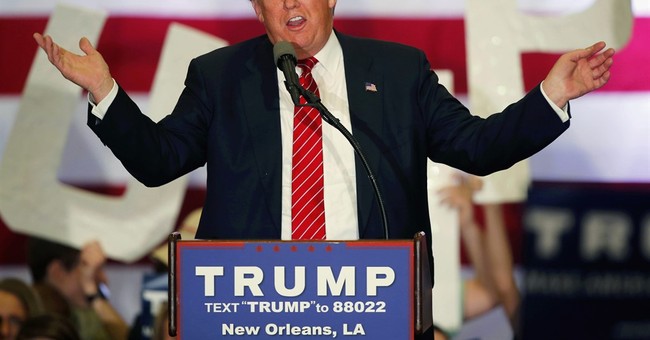 Trump claimed during the debate Trump University received an A-rating from the Better Business Bureau. As Kelly pointed out in an exchange with Trump at the debate, that is false. Trump then claimed the BBB faxed him in the middle of the debate to confirm the A-rating. They didn't. Trump's people handed moderators a sheet of paper and claimed it was from the BBB to verify the A-rating. It wasn't.

Trump University came under fire more than a decade ago when thousands of students issued complaints about fraud in the program. Turns out, Trump University was a massive scam.

Trump University was never a university. When the “school” was established in 2005, the New York State Education Department warned that it was in violation of state law for operating without a NYSED license. Trump ignored the warnings. (The institution is now called, ahem, “Trump Entrepreneur Initiative.”) Cue lawsuits.

Trump University is currently the defendant in three lawsuits — two class-action lawsuits filed in California, and one filed in New York by then-attorney general Eric Schneiderman, who told CNN’s New Day in 2013: “We started looking at Trump University and discovered that it was a classic bait-and-switch scheme. It was a scam, starting with the fact that it was not a university.”


Today, the BBB is confirming that they a) did not fax Trump in the middle of the debate b) Trump University did in fact receive a D- rating and didn't improve to an A-rating until nearly 10 years after it was established. From a statement released by BBB (bolding is mine):

1. BBB did not send a document of any kind to the Republican debate site last Thursday evening. The document presented to debate moderators did not come from BBB that night.

2. Trump University does not currently have an A rating with BBB. The BBB Business Review for this company has continually been “No Rating” since September 2015.  Prior to that, it fluctuated between D- and A+.

3. The document posted on social media on Thursday night was not a current BBB Business Review of Trump University.  It appeared to be part of a Business Review from 2014.

4. BBB ratings are based on information we obtain about a business, including complaints received from the public.  The reporting period is three years.  Detailed information about BBB ratings is available on all 5.3 million Business Reviews on our website, bbb.org.

5. At no point did BBB change the rating of Trump University based upon a demand from anyone.  BBB followed its standard evaluation process applicable to all businesses.

7.  Trump University has never been a BBB Accredited Business.  The document handed to the debate moderators on Thursday night could not have been an actual “Better Business Bureau accreditation notice” for this business.

Trump University only received an A+ rating right before it shut down and after years of complaints. In 2013, the year the rating improved, Trump University was sued by New York's Attorney General for $40 million.

Trump admitted during the debate to refunding thousands of students who signed up for his program and a class action lawsuit, which includes more than 5000 people, is still ongoing.