Painful: Jeb Says "It's Really Not Important to Me" Whether Senate Gives Obama SCOTUS Nominee a Vote 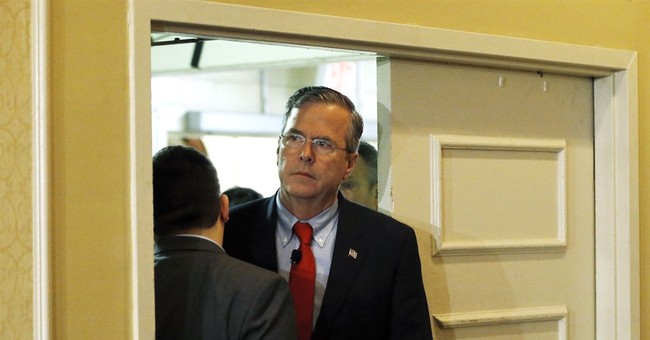 Over the weekend, longtime Supreme Court Justice Antonin Scalia passed away. He served on the court for three decades, was appointed by President Ronald Reagan and was one of the conservative movement's most important leaders. His death was a loss to America and there will never be another like him.

Before his passing, the Supreme Court balance was 5-4 in favor of the conservatives. The confirmation of an Obama nominee would surely tip the balance back in favor of the progressives. Considering crucial Court decisions like Heller and Hobby Lobby were won 5-4, this poses as a threat not only to such cases, but to the direction of the country as a whole for generations to come.

Shortly after news of Scalia's passing, Senate Majority Leader Mitch McConnell made it very clear he will use his power to ensure whoever President Obama nominates as a replacement will either 1) not be confirmed b) won't get a vote. McConnell and the Senate have the constitutional authority to do so.

This is where Jeb Bush comes in. During an interview with MSNBC Sunday, Bush acknowledged the Senate will likely block Obama's nominee and said they have the right to do so. As a follow up, anchor Dana Bash asked if an Obama nominee should be denied a vote altogether, to which Jeb responded, "It’s up to Mitch McConnell, that’s really not important to me."

The role McConnell plays and the strategic decisions he will make over the next year are crucially important for the future of the country and should certainly be "important" to anyone running to become President of the United States. Whether an Obama nominee gets a vote because McConnell chooses to bring one to the floor is not only of importance, but is absolutely crucial. Further, the politics of how this plays out won't be "unimportant" to voters as they head to the polls on Election Day 2016. There will no doubt me an enormous amount of demagoguery surrounding this process, especially if Obama decides to nominate someone who happens to be a woman and a minority. Democrats, Republicans and Independents will all be watching and the media will be stoking.