Issa: FBI Has No Choice But To Recommend Clinton Indictment 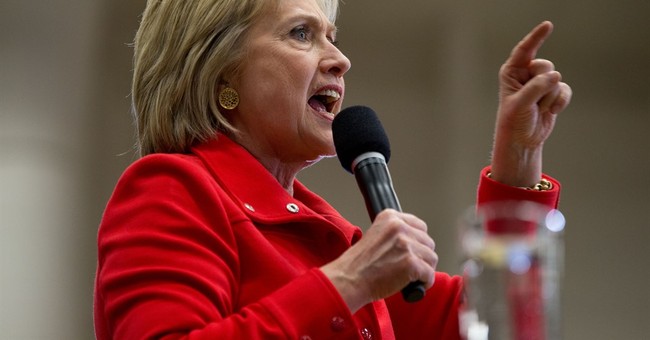 Former Secretary of State and current Democrat presidential candidate Hillary Clinton has been under criminal investigation by the FBI for nearly a year. At this point, it's been reported Clinton hosted thousands of emails containing classified information on her private email server. Worse, at least 22-emails contain the most sensitive of all top secret information about human sources, putting lives at risk in addition to compromising U.S. national security.

Yesterday on The Intelligence Report, former House Oversight Chairman Darrell Issa explained why FBI Direct James Comey has no choice but to refer Clinton for indictment.

"The Director is somebody who cares a great deal about national security and with the body of evidence, he really has no choice but to refer this for indictment," Issa said. "We have communications back and forth to the President from Hillary Clinton's private email, we have 1300 sensitive documents, 22 classified at the highest level, this is well past anyone claiming that they didn't know."

Currently, there are more than 150 FBI agents working on the Clinton case and the probe has expanded from the improper handling of classified information to public corruption surrounding the relationship between the Clinton Foundation and the State Department.