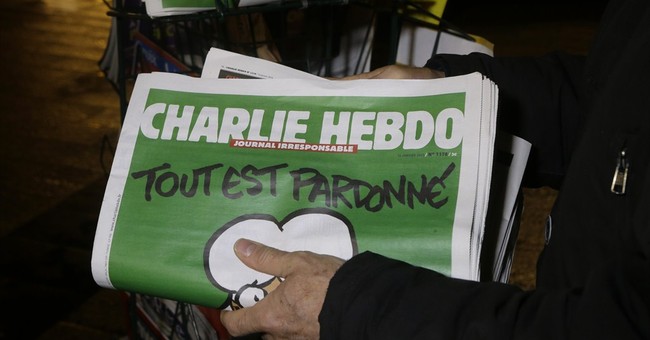 Iranian President Hassan Rouhani is in Europe this week taking advantage of lifted sanctions and has already secured billions of dollars in new business deals. The lifted sanctions and new cash flows are a result of the Obama administration's nuclear deal with Iran, which was announced in July 2015.

Before heading to Paris after a visit in Rome, Rouhani declared free speech does not include the right to insult religion.

But in an apparent reference to the French satirical newspaper Charlie Hebdo, Rouhani said freedom of expression "doesn't mean offending that which is sacred to other people's faith."

"All religions are to be respected, their books and the millions of people who follow the faith," Rouhani said. Insulting them, he said, "creates division and doesn't help anyone."

Rouhani's statement is a clear reference to, and justification of, the 2014 murders of Charlie Hebdo editors and cartoonists after they depicted Mohamed on the cover of the satirical newspaper.

Before Rouhani's trip to Rome, Italian officials covered up naked statues to avoid any offense.

Night 79: Unlawful assembly declared in Portland
Hotair
FBI Attorney Clinesmith Did NOT Enter a Guilty Plea On Friday To the Filed Information — That Is Not Normal
Redstate