A Dozen Refugees in U.S. Connected to Terrorism Just This Year 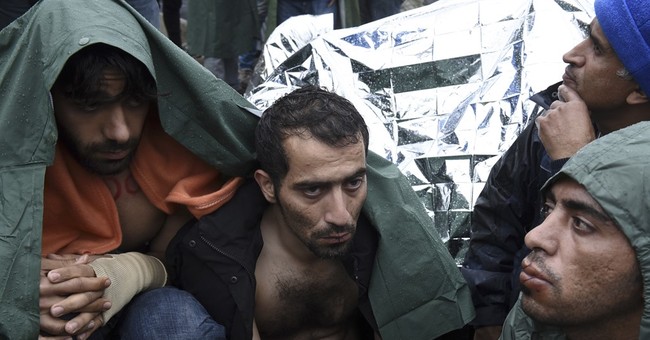 The battle over Syrian refugees is raging on as the White House doubles down on their policy to bring 10,000 refugees from terror hot spots to U.S. soil over the coming months. But a new report from Alabama Senator Jeff Sessions details 12 alarming instances of refugees being connected to terrorism just this year. Criminal complaints, arrest warrants and indictments were provided. Here are just a few examples (bolding is mine):

On January 29, 2015, in the United States District Court for the Eastern District of Virginia, a federal warrant was unsealed for the arrest of Liban Haji Mohamed – a native of Somalia who sources indicate came to the United States as a refugee, adjusted to Lawful Permanent Resident status, and subsequently applied for and received citizenship – for allegedly providing material support to Harakat Shabaab Al-Mujahidin, also known as Al-Shabaab and Al-Qaeda. Mohamed is believed to have left the U.S. on July 5, 2012, with the intent to join Al-Shabaab in East Africa. Mohamed previously lived in the metro D.C. area and worked as a cab driver, and is believed to have snuck across the border to Mexico after being placed on the no-fly list. Carl Ghattas, Special Agent in Charge of the FBI’s Washington, D.C. Field Office emphasized the importance of locating Mohamed, “because he has knowledge of the Washington, D.C. area’s infrastructure such as shopping areas, Metro, airports, and government buildings . . . [t]his makes him an asset to his terrorist associates who might plot attacks on U.S. soil.”

On February 5, 2015, in the United States District Court for the Western District of Texas, Abdinassir Mohamud Ibrahim – a native of Somalia who came to the United States as a refugee in 2007 at the age of 22 and subsequently adjusted to Lawful Permanent Resident status – was sentenced to 15 years in federal prison for conspiring to provide material support to Al-Shabaab, a designated foreign terrorist organization, and for making a false statement in his immigration paperwork. Ibrahim knowingly lied in his application for citizenship, and previously lied on his request for refugee status, by falsely claiming that he was of a member of the minority Awer clan in Somalia and subject to persecution by the majority Hawiye clan. However, Ibrahim was actually a member of the Hawiye clan and not subject to persecution. In fact, according to the Complaint, “Ibrahim’s family was famous . . . [and] [t]hrough his clan lineage, Ibrahim was related to known Somali terrorists[.]” Ibrahim also admitted he had lied on his citizenship application by having previously lied on his refugee application by falsely claiming that he had not provided material support to a terrorist group, when he had in fact provided material support in the form of cash to an Al-Shabaab member.

On February 5, 2015, in the United States District Court for the Eastern District of Missouri, Ramiz Zijad Hodzic – a native of Bosnia, and a purported Bosnian war hero who came to the United States as a refugee – was charged with conspiring to provide material support and resources to terrorists, with providing material support to terrorists, and conspiring to kill and maim persons in a foreign country. According to the indictment, among other things, Hodzic obtained money that he used to “purchase materials and supplies including: United States military uniforms, tactical combat boots, military surplus goods, tactical gear and clothing, firearms accessories, optical equipment and range finders, rifle scopes, equipment, and supplies . . .  intending that the materials and supplies would thereafter be transferred to, and used to support” Abdullah Ramo Pazara and ISIS.

On February 5, 2015, in the United States District Court for the Eastern District of Missouri, Sedina Unkic Hodzic – the wife of Ramiz Zijad Hodzic, and a native of Bosnia who came to the United States as a refugee – was charged with conspiring to provide material support and resources to terrorists, and providing material support to terrorists. According to the indictment, Sedina, along with her husband, collected money from third parties and wired it to terrorists abroad. Also according to the indictment, Sedina shipped six boxes of U.S. military uniforms, combat boots, tactical clothing and gear, military surplus items, firearms accessories, rifle scopes, optical equipment, first aid supplies, and other equipment to terrorists abroad.

Again, these are just cases from this year. There are many more examples of refugees being tied to terrorism since 9/11.

Last week President Obama accused Republicans of being afraid of "widows and orphans" after raising concerns, along with Democrats, about the vetting process for new refugees.